So what is Bail In New Jersey? 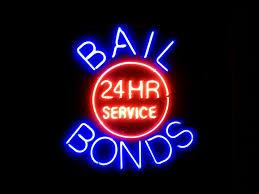 Current New Jersey Bail Law vs. the New Bail Reform...(in a way you can actually understand)

When someone is arrested, bail is not immediately set depending on the nature of the crime or violation.  In most cases, those arrested are issued a summons and simply released on their "own recognizance" (OR).  These decisions can be made by the arresting officer and/or the judge on call at the police department and take into consideration many factors, such as the nature of the crime and the defendants criminal history. Thousands are released every year on their own recognizance with a "promise" to go to court.  If it is determined by the judge (due to the nature of the alleged crime committed and facts relating to the case) that the offense requires secured release, the judges depend on the "Bail Schedule" to give them some guidelines as to how to set bail.  That schedule can be found by clicking here...Bail Schedule.

Surety Bond - The defendant can be released after a commercial bondman posts a Surety Bond (an instrument that is backed by an insurance company) for the FULL amount of the bond.  The bonding company charges 10% of the face value (that percentage is regulated by the state) as premium to take on the liability.  In order for the bonding company to take on the liability, they have "Indemnitors" sign (co-signers) to help guarantee his appearance in court.  These Indemnitors often include family and friends and are vetted to assure their cooperation in making sure the defendant appears in court.

Cash Bond - The defendant must post 100% of the face value of the bond in cash.

What happens when the defendant does not go to court?

When the defendant is released OR and fails to appear, the court simply issues a warrant for his/her arrest.  The police departments, at the taxpayers expense, now bear the burden of apprehending the defendant.  Due to the limited resources our police departments currently have, these warrants are usually only served during routine events (traffics stops, etc.).  One could argue as to the attention these warrants get at various police departments throughout the state, however, the fact that the taxpayers are picking up the tab is not in dispute.

The same principals apply on a 10% Option, however, the individual who posted the bail now forfeits the 10%...which in turn gets shifted to the state/municipal bail fund (wherever that is).

On a Surety Bond, the surety is now 100% liable for that bond and defendant and is court ordered to surrender the defendant within 75 days or face judgement by the court.  If not satisfied, the surety faces removal from the "bail registry" which is the list of authorized bail agents allowed to conduct business in New Jersey.  No payment plans.  No room for error.  It's either all or NOTHING.  You see, we have a vested interest in seeing justice served...on a professional level AND a financial one.  This idea of bail bonding companies making hand over fist and living the good life is simply a fantasy.  We take on huge liability...100% of the responsibility...and operate under the most scrutiny.

What happens with the new Bail Reform Act?

​2A:162-16  Detaining eligible defendant during preparation of risk assessment prior to trial.

2. a. An eligible defendant, following the issuance of a complaint-warrant pursuant to the conditions set forth under subsection c. of this section, shall be temporarily detained to allow the  Pretrial  Services Program to prepare a risk assessment with recommendations on conditions of release pursuant to section 11 of P.L.2014, c.31 (C.2A:162-25) and for the court to issue a  pretrial release decision.